Últimas entradas
Usted está aquí: Inicio1 / President Obama Speaks on the Results of the Election: “We Are Americans... 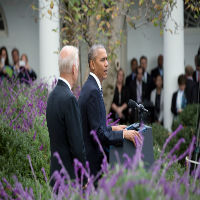 The President addressed the nation on the election results and the next steps we can take to come together as a country and ensure a peaceful transition of power. This is something every American should watch — no matter his or her politics…

“We have to remember that we’re actually all on one team…We’re not Democrats first, we’re not Republicans first, we are Americans first. We’re patriots first. We all want what’s best for this country.”
President Obama, November 9, 2016

THE PRESIDENT: Good afternoon, everybody. Yesterday, before votes were tallied, I shot a video that some of you may have seen in which I said to the American people: Regardless of which side you were on in the election, regardless of whether your candidate won or lost, the sun would come up in the morning.

And that is one bit of prognosticating that actually came true. The sun is up. And I know everybody had a long night. I did, as well. I had a chance to talk to President-elect Trump last night — about 3:30 in the morning, I think it was — to congratulate him on winning the election. And I had a chance to invite him to come to the White House tomorrow to talk about making sure that there is a successful transition between our presidencies.

Now, it is no secret that the President-elect and I have some pretty significant differences. But remember, eight years ago, President Bush and I had some pretty significant differences. But President Bush’s team could not have been more professional or more gracious in making sure we had a smooth transition so that we could hit the ground running. And one thing you realize quickly in this job is that the presidency, and the vice presidency, is bigger than any of us.

So I have instructed my team to follow the example that President Bush’s team set eight years ago, and work as hard as we can to make sure that this is a successful transition for the President-elect — because we are now all rooting for his success in uniting and leading the country. The peaceful transition of power is one of the hallmarks of our democracy. And over the next few months, we are going to show that to the world.

I also had a chance last night to speak with Secretary Clinton, and I just had a chance to hear her remarks. I could not be prouder of her. She has lived an extraordinary life of public service. She was a great First Lady. She was an outstanding senator for the state of New York. And she could not have been a better Secretary of State. I’m proud of her. A lot of Americans look up to her. Her candidacy and nomination was historic and sends a message to our daughters all across the country that they can achieve at the highest levels of politics. And I am absolutely confident that she and President Clinton will continue to do great work for people here in the United States and all around the world.

Now, everybody is sad when their side loses an election. But the day after, we have to remember that we’re actually all on one team. This is an intramural scrimmage. We’re not Democrats first. We’re not Republicans first. We are Americans first. We’re patriots first. We all want what’s best for this country. That’s what I heard in Mr. Trump’s remarks last night. That’s what I heard when I spoke to him directly. And I was heartened by that. That’s what the country needs — a sense of unity; a sense of inclusion,; a respect for our institutions, our way of life, rule of law; and a respect for each other. I hope that he maintains that spirit throughout this transition, and I certainly hope that’s how his presidency has a chance to begin.

I also told my team today to keep their heads up, because the remarkable work that they have done day in, day out — often without a lot of fanfare, often without a lot of attention — work in agencies, work in obscure areas of policy that make government run better and make it more responsive, and make it more efficient, and make it more service-friendly so that it’s actually helping more people — that remarkable work has left the next President with a stronger, better country than the one that existed eight years ago.

So win or lose in this election, that was always our mission. That was our mission from day one. And everyone on my team should be extraordinarily proud of everything that they have done, and so should all the Americans that I’ve had a chance to meet all across this country who do the hard work of building on that progress every single day. Teachers in schools, doctors in the ER clinic, small businesses putting their all into starting something up, making sure they’re treating their employees well. All the important work that’s done by moms and dads and families and congregations in every state. The work of perfecting this union.

But to the young people who got into politics for the first time, and may be disappointed by the results, I just want you to know, you have to stay encouraged. Don’t get cynical. Don’t ever think you can’t make a difference. As Secretary Clinton said this morning, fighting for what is right is worth it.

Sometimes you lose an argument. Sometimes you lose an election. The path that this country has taken has never been a straight line. We zig and zag, and sometimes we move in ways that some people think is forward and others think is moving back. And that’s okay. I’ve lost elections before. Joe hasn’t. (Laughter.) But you know.

(The Vice President blesses himself.) (Laughter.)

THE VICE PRESIDENT: Remember, you beat me badly. (Laughter.)

THE PRESIDENT: That’s the way politics works sometimes. We try really hard to persuade people that we’re right. And then people vote. And then if we lose, we learn from our mistakes, we do some reflection, we lick our wounds, we brush ourselves off, we get back in the arena. We go at it. We try even harder the next time.

The point, though, is, is that we all go forward, with a presumption of good faith in our fellow citizens — because that presumption of good faith is essential to a vibrant and functioning democracy. That’s how this country has moved forward for 240 years. It’s how we’ve pushed boundaries and promoted freedom around the world. That’s how we’ve expanded the rights of our founding to reach all of our citizens. It’s how we have come this far.

And that’s why I’m confident that this incredible journey that we’re on as Americans will go on. And I am looking forward to doing everything that I can to make sure that the next President is successful in that. I have said before, I think of this job as being a relay runner — you take the baton, you run your best race, and hopefully, by the time you hand it off you’re a little further ahead, you’ve made a little progress. And I can say that we’ve done that, and I want to make sure that handoff is well-executed, because ultimately we’re all on the same team.

All right? Thank you very much, everybody. (Applause.) 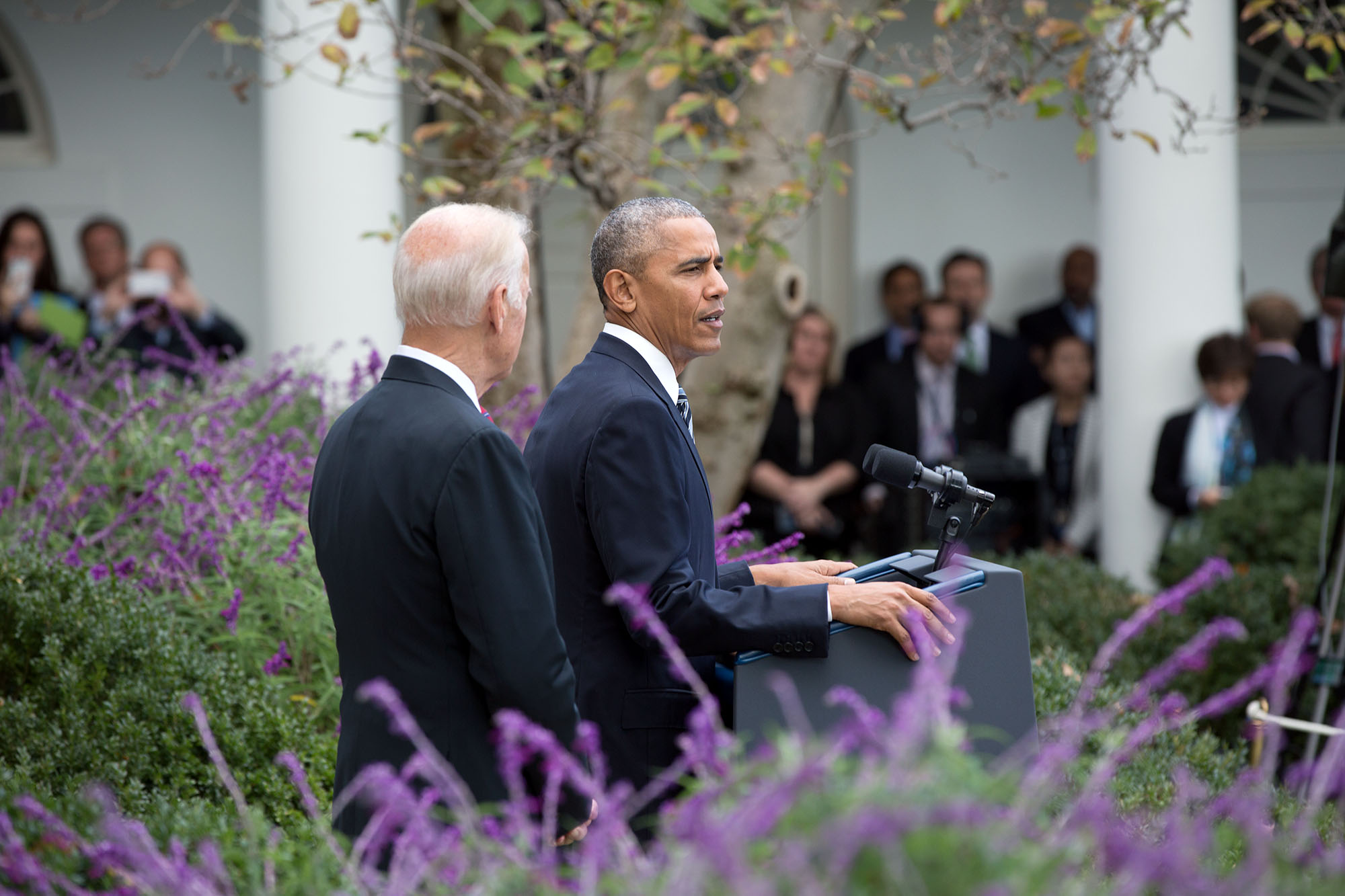